Collections Out of Control? Oh, What to Do?

Once you start collecting seriously, you put yourself at risk for addiction. One item is not enough. You think you can easily handle three, or five or ten. Soon, everything is completely out of control and your collection is now in charge. The objects of your desire have taken over your space. You are at risk of becoming the subject of a hoarders episode. You finally realize that you have to do something about the problem, so you can get your life back and get your space back in order.

What happens when your collections get out of control?

You rent a space in an antique mall and sell it off. To wit.

On the way back from the East coast, we stopped at some antique malls, one, a big mall in Centerville, IN where we found the following evidence of collections which clearly had gotten out of control and which had to be banished to the antique mall. 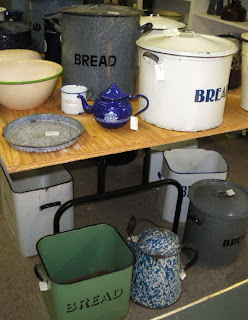 Another booth had hundreds of rolling pins. 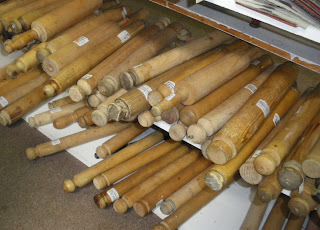 Found a grinder line-up in another booth. What's up with those kitchen items, anyhow? 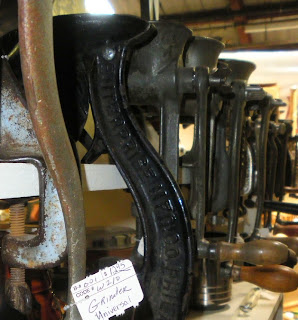 Looks like the car collectors came to their senses early on. Only three here. 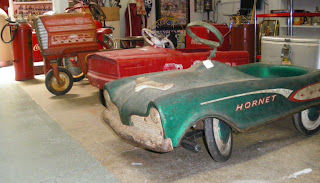 But wait, right next to the cars there’s a booth with motor oil. Lots and lots of motor oil There were three huge shelves with different brands. Full cans. I understand most collections, but I really do not get motor oil collectors. 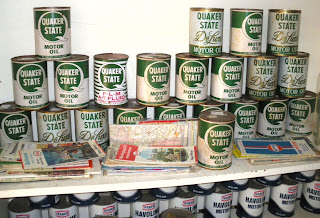 All kidding aside,  Webb's Antique Mall, Centerville, IN, is a huge mall with booth after booth of really great stuff, lots of it. It is not far from Richmond, IN. We bought very little there though, because our car was already full from a previous stop in a small town mall earlier in the day. Here are just a couple other pieces I photographed.

For those who want to store their collections we saw this Library cabinet on legs for only $250. Very nice buy and in great condition. 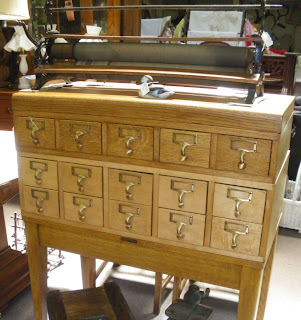 On top of it was a wallpaper trimmer, of interest to me only because it was originally from Evanston, IL, my old hometown. But actually totally useless. 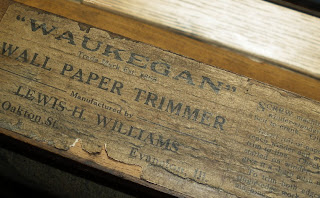 And for the mid-century modern collector, there was this 1950s cafe booth. Hard to say for sure whether it was original or a repro, but it looked very nice. The boomerang formica was beautiful. They were asking $695 for it. 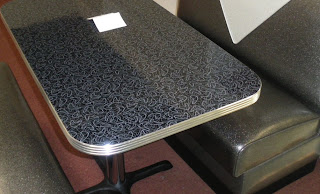 If you ever go to Centerville, take an empty truck. And an appetite. They have great peanut butter pie. 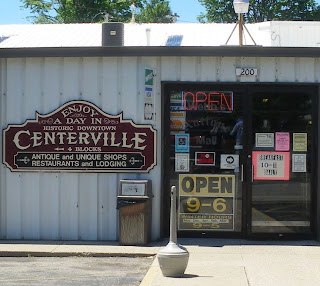 Great photos. Wonder about those rolling pins in a sort of chicken and egg way. Did they come from bakers or rolling pin makers?